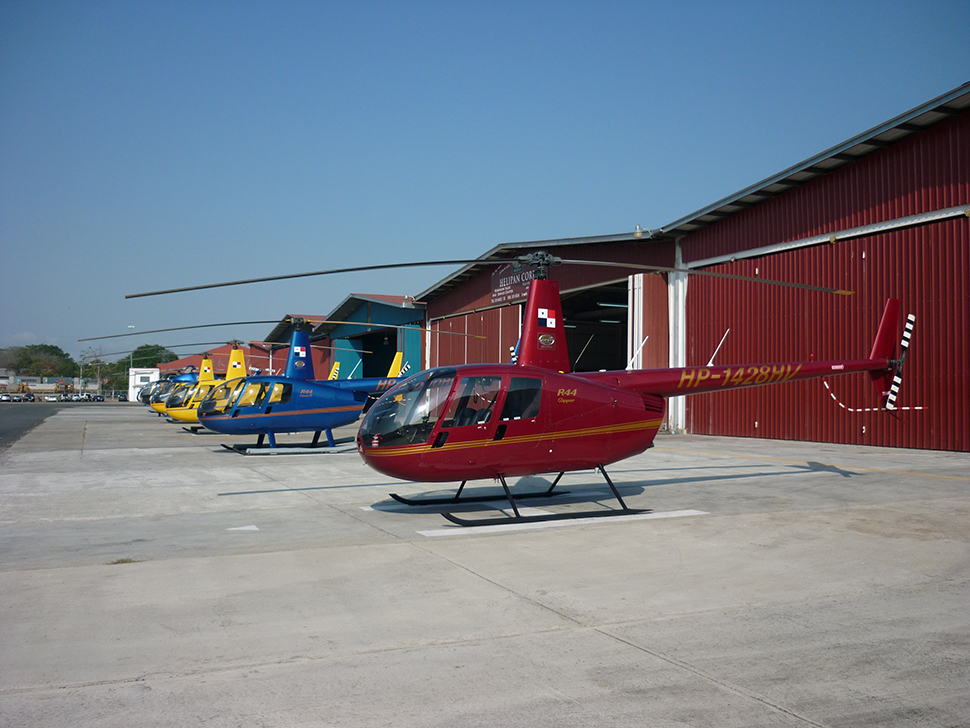 The engine turns to its maximum power and little by little the small plane in the form of a dragonfly begins to rise over Albrook Airport. Under our feet we can see how planes are dwindling and the collection of executive jets as well as the different airplanes of Air Panama are getting smaller. The exit is to the left, on the west side, towards the Canal where it is possible to appreciate the Panama Ports Company with its majestic Neo-Panamax cranes, and the Pacific waters that show the entrance to the Canal.

The helicopter turns right to enter along the waterway on a parallel course, now arriving at Miraflores. There we can appreciate the majestic arbor of the training vessel “Cuauhtémoc”, an emblem of the Mexican Navy, entering the Miraflores Lake. No flights are allowed above the Canal, but it is possible to fly parallel to it. From this point, we can also see the Pedro Miguel locks, the last aquatic step that leads the road to the ships that cross the Canal to its maximum level of 27 meters above sea level, and in the background the majestic structure of the Centenario Bridge which is the second bridge over the canal.

We follow the course through the Continental Divide and Culebra Cut until reaching the point where the Gatun Lake joins the Chagres River, which provides 60% of the water required for the operation of the Canal. Here we turn east, going up the river, where it is possible see from the left side the facilities of the dredging division and then Hotel Gamboa emerging from the deep green jungle. We continue to climb through the air until reaching the wall of the Madden Dam, which takes us to Alajuela Lake, the third lake of the system that feeds the Canal. From that point we start the descent to water level and we glide like a bird through the canyon of the river, competing with Herons and Cormorants.

Following the river, we begin our return and emerge from the jungle heading towards the peaks of Punta Pacifica’s skyscrapers, dominated by the Trump Tower and The Point, where we fly just slightly higher. During the flight, we are able to appreciate the famous Cinta Costera, the Old Town and at the foot of Ancon Hill, where we begin our descent looking at the building of the Panama Canal Administration. This is 60 minutes of adrenaline and leads us to discover Panama, flying like a bird. If you wish to fly like a bird, contact our friends at
www.Helipan.com or call them at +507 315-0452.