Him Inspected Progress of The Amador Convention Center 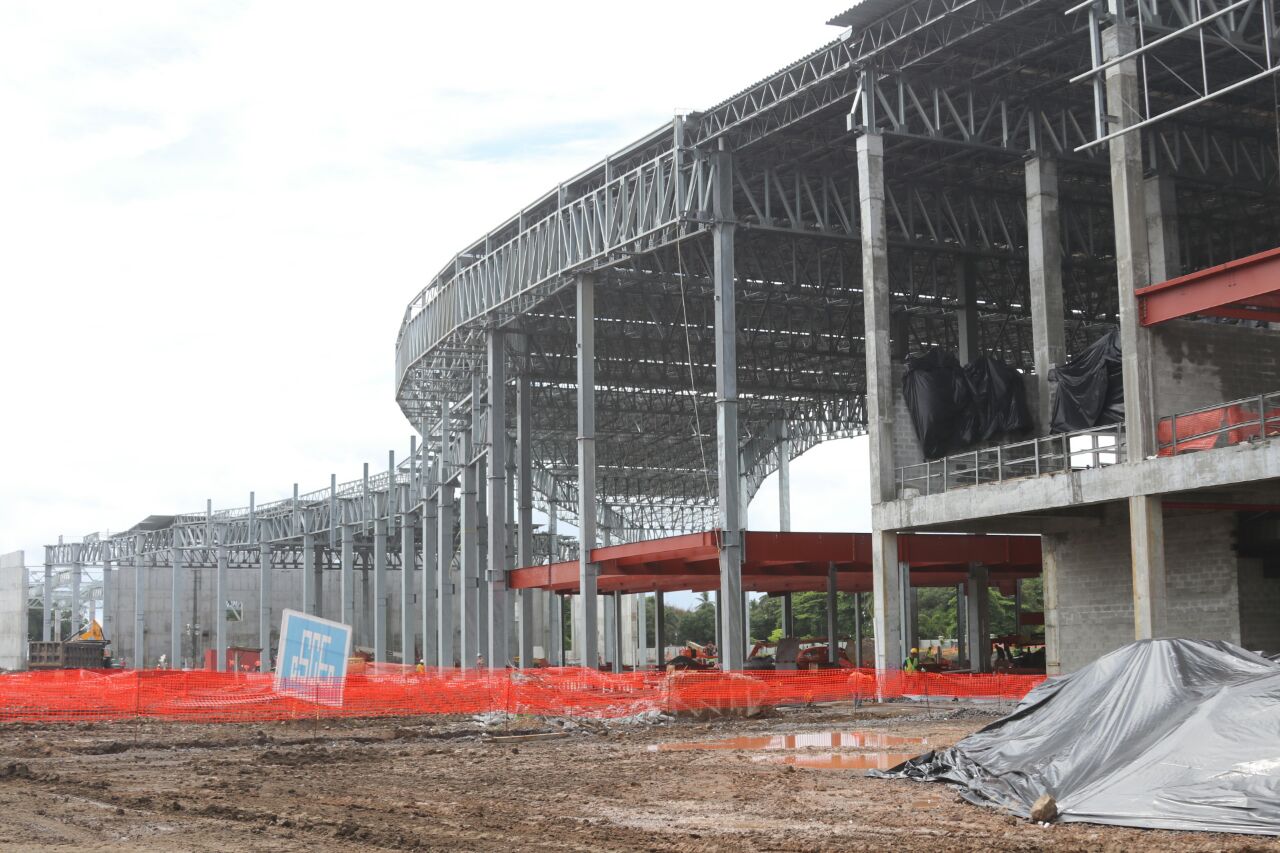 10 Nov Him Inspected Progress of The Amador Convention Center

Recently, the Administrator of the Tourism Authority of Panama (ATP), Gustavo Him, accompanied by Project Director Erich Velasquez and representatives of the CCA-COCIGE, SA Consortium, carried out a site inspection at the Amador Convention Center (CCA), where it was found that the progress of works reaches 53%.

According to the engineers of this work, they are currently working on concrete structure, as well as steel deck structure, steel structure of mezzanines, fillings of select material, floors above ground, masonry and main room facilities, as well as the water tank. In the coming months, work will begin on external infrastructure, support structures for gypsum partitions, installation of the curtain wall and fascia.

For his part, Him described the redesign of the original project as a more functional and operative work in order to hold all kinds of events, adapted to fulfil the needs of the current market. The Amador Convention Center, valued at 193.7 million balboas, will have approximately 35,000 m2 of salable area for a capacity of 25,000 people, making it the largest and most complete convention center in Central America. This construction, whose works must be completed by the end of 2018, will have a 15,000 m2 exhibition hall divisible into three areas, four meeting areas of 2,300 m2 divisible into 16 meeting rooms, 4,000 m2 banquet hall divisible into three small rooms, a large central lobby, pre-function areas with 12,000 m2 and parking lot for 1,715 cars and 30 buses.

In turn, Him announced that, as requested by the Chamber of Commerce, the Chamber of Tourism and the National Tourism Council, the American company SMG World has been selected to manage the convention center and will be in charge of the operation, maintenance and marketing of the center. This company currently manages 72 convention centers worldwide, mainly in the United States, China, and Europe, which guarantees expertise and a portfolio of clients to bring conventions into to Panama, positioning the country as the number one MICE destination.