New Cruise Terminal at the Causeway 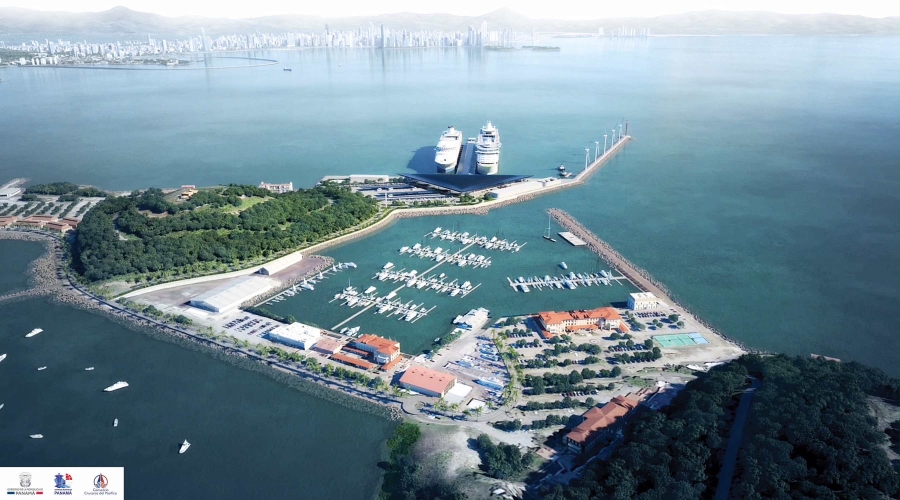 The consortium Cruceros del Pacifico, formed by Belgium’s Jan de Nul and Beijing-based China Harbour Engineering Co., was awarded a $165.7m contract by Panama Maritime Authority (AMP) to design, develop and build the Amador Cruise Terminal at the Pacific entrance of Panama Canal. It is expected that the firm will complete the terminal within two years, according to industry media.

The terminal will be Panama’s first on the Pacific side with a maximum capacity of 10,000 passengers. For its part, the port of Colon already sees more than 180 vessels per year. This new terminal will serve as a home port for large ships, providing enough space for two vessels of nearly 1,200 feet in length. The terminal will also provide parking for 300 vehicles, 60 spaces for buses and 25 for trucks, as well as an environmentally friendly administrative building of approximately 10,800 square meters. This construction will have a green building certification, with more than two hectares of green areas and paths, which should be integrated with the other spaces included in the project.

The cruise terminal will be a public port administered by the AMP, a measure aiming to ensure that this terminal provides quality service to all operators. For these operational purposes and in order to provide an efficient and excellent service, the AMP signed a cooperation agreement with the port of Hamburg. This agreement was signed on August 2017 by Panama’s minister of maritime affairs and administrator of the AMP Jorge Barakat, and by Jens Meier, the Port of Hamburg Authority executive president.

The document will allow both institutions to cooperate on issues such as “planning, management and port legislation, environmental protection, sustainability and IT solutions,” said the Panamanian entity. It is important to mention that the port of Hamburg is one of the most important container terminals in Europe.