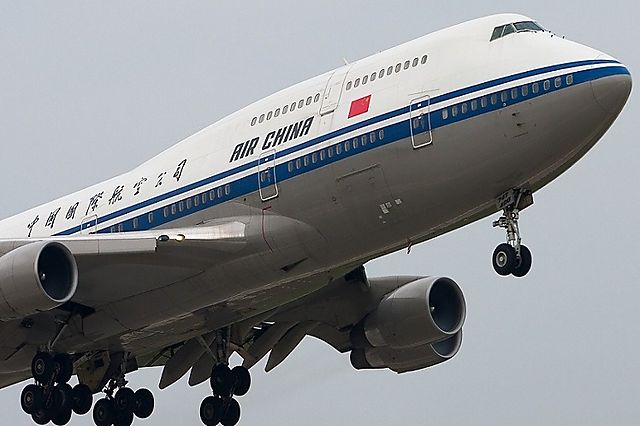 After its recent visit to the People´s Republic of China aiming to consolidate economic and commercial relationship between both nations, the President of the Republic, Juan Carlos Varela, announced that new direct flights from China to Panama will start from March 2018 through the main airline of that country, Air China, with two weekly flights from Beijing to Panama City with a technical stop in Houston, United State.

Through the Chancellor’s office, the President confirmed that this Chinese airline, the second commercial airline most important of the country, will soon open offices in Panama creating new jobs for Panamanians and, certainly, increasing the volume of Asian tourists to the country.

This new commercial route established in the Aviation agreement signed by the Vice President of the Republic and Minister of Foreign Affairs Isabel de Saint Malo de Alvarado and the Director of the Civil Aviation Administration of China, Feng Zhenglin, has created the bases for any designated airline to participate into this cooperative commercial agreement. In Parallel, though this agreement, Panama will have the opportunity to create relations with one of the most important Asian markets in the whole region, exponentially increasing the commercial, cultural and tourism exchange.

The present agreement is added to almost 20 other agreements reached between both authorities during the visit of President Varela with an official delegation in the Asian country. In the meeting aimed to coordinate the strategic implementation of such air transport agreement, the most important Chinese airlines including: Air China, China Eastern, China Southern Air and Hainan Airlines have participated. From the Panamanian side, the meeting was attended by the Vice President Saint Malo de Alvarado, Minister of Trade Augusto Arosemera, Minister of Tourism, Gustavo Him; Minister Counselor Francisco Sierra, Panamanian Ambassador Francisco Escobar, Secretary of Presidential Goals, Jorge Gonzalez, the Director General of Foreign Policy, Nicole Wong, as well as the President of Copa Airlines, Stanley Motta.