Panama Has Won A Maritime Award Of The Americas 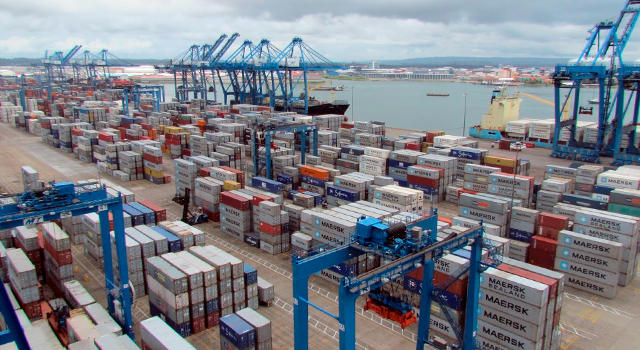 31 Jan Panama Has Won A Maritime Award Of The Americas

Panama has won the 2016 Americas Maritime Award in the category of “Gender Equality Initiatives”, through the Manzanillo International Terminal. This category identifies and evaluates successful practices that promote gender equality and greater participation of women to break the ‘glass ceiling’. This recognition is granted by the Secretariat of the Inter-American Committee on Ports of the Organization of American States.

The third edition of the Maritime Award of the Americas recognizes the successful practices in the maritime and port sectors that demonstrate excellence, sustainability and innovation with the potential to replicate in other countries. The outstanding practices are rewarded for their verifiable contribution to the integral development of ports along the Americas.

During a competitive process, the Jury received nominations from both the public and private port sectors of North, Central and South America, as well as the Caribbean. The winning practices showed measurable results, and above all, a sustainable impact over the time. For its part, the Inter-American Committee on Ports congratulated the winners for their outstanding initiatives and for the presentations of the achievements.

The port of Manzanillo International Terminal of Panama was built at the former naval base of the United States in Coco Solo Sur. During the 1980s this area was used as a storage facility and vehicle distribution center for Latin America. Container springs are equipped with 19 post-Panamax and super post-Panamax Portic cranes. There are more than 2,000 refrigerated connectors and a modern computer terminal management system. In turn, the trans-shipment operations represent 85% of its containerized activities.

This port had already achieved the category of Environmentally Sustainable Waste Management in 2015 for exercising successful practices in waste management implemented in the Maritime Transport, Cruise Lines and Ports industries in favor of environmental protection.