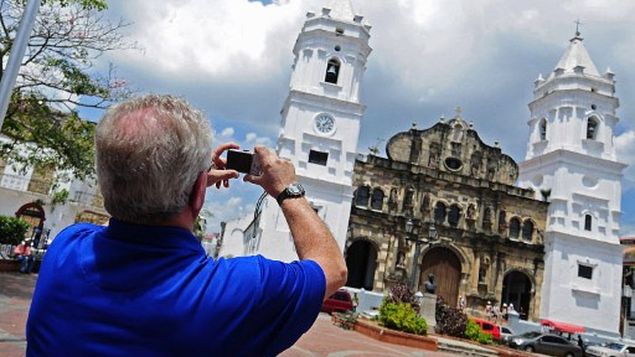 According to preliminary figures from the statistics department of the Tourism Authority of Panama (ATP), the country received 4,605 billion dollars in expenses incurred by visitors during their stay in the country from January to December 2018, an increase that represented 3.3% compared to the same period in 2017.

This is how in 2018, the arrival of tourists through the main ports of entry to the country was 2 million 480 thousand. For its part, Tocumen International Airport closed with 1,756,005 tourists, an increase of 5,146 compared to the previous year, while Paso Canoas closed with 129,827 tourists, about 1,040 more than in 2017 when entered 128,787 tourists. In South America, for example, the numbers reflected a rise in visitors from countries such as Brazil, Colombia and Peru, among others.

The international tourism campaign “Panama is for people seeking to live experiences, not just for tourists,” with an investment of $20 million dollars, was presented in the markets of the United States, Canada and Europe, successfully reaching the expected promotional goals, as well as attracting more tourists for future seasons. United States was country that provided the largest number of tourists with 307,925, followed by Spain with 71,637, Canada with 44,676, representing an increase of 3,821 compared to 2017 when 40,855 were registered, Germany with 35,648, and England registered 17,496, an additional 1,455 tourists compared to the previous year.

Despite these figures, the influx of tourists from cruise ships and other ports decreased in 2018. During the cruise season, Port Colon 2000, in the Panamanian Caribbean, closed with 369,082 visitors, recording a decrease of 13,544 compared to 2017, while other ports entered 225,276, about 29,948 tourists less. The average stay of a tourist in the country is 8 days, with an average total expense of 1,856 dollars, representing a daily expenditure of approximately 232 dollars, which includes: accommodation, shopping, food, transportation, entertainment, visits to tourist sites within and outside the capital city, among other activities.